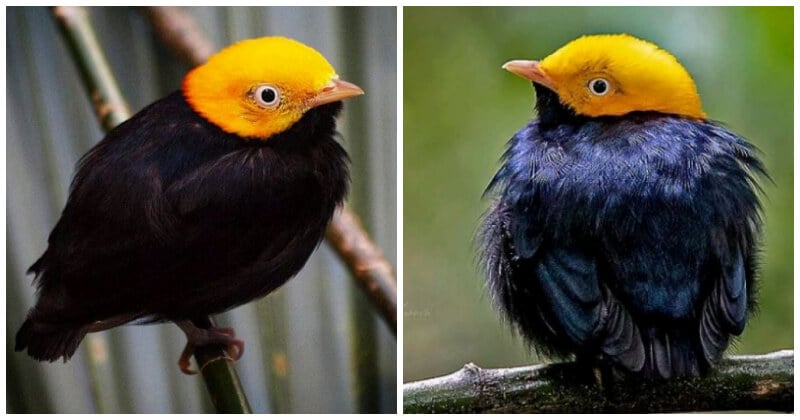 Birds might be the species with the most colorful and vivid appearance. You may know many different adorable birds, but you are still mind-boggling by the gorgeous feathers and unique traits of thousands of other ones. Let us introduce one of them to you, the chubby bird with a contrast-colored body called the golden-headed manakin.

Let’s look at their unique appearance! The golden-headed manakin is also known as Ceratopipra erythrocephala. These little birds catches your eyes with their striking plumage. As their name indicates, the adult males have an orange-yellow head, contrasting with the black body feather. Their bill is yellowish, while their legs and feet are pinkish. Look at the bird more closely, and you may notice a red border separating its yellow head from its dark body.
Unlike the male individuals, the female golden-headed manakin looks duller with olive-green plumage and a yellowish underpart. The male birds look similar to the female before they become adults. Another difference is while the male has white eyes, the female’s eyes are grey. These little birds are often found in Panama, Colombia, Trinidad, Guianas, Brazil, and Northern Peru. They reside at the height of 1100 to 2000 meters above sea level. Though golden-headed manakin primarily feeds on berries and small fruits of the Miconia, Melastomataceae, and Rubiaceae family, they sometimes eat small insects from crops. A male manakin will constantly move in a horizontal perch at the 6-12-meter height while making buzzing sounds to attract its partner. The female birds are responsible for forming a shallow cup-shaped nest, where they lay two eggs and incubate them for over two weeks. Luckily, this beautiful creature still has a growing population, thereby not being in the group of endangered animals. What do you think when you look at these brilliant birds? Despite their small size, you may find it hard to take your eyes off their vivid feathers. Let’s share this adorable species with your friends and family, and don’t forget to leave your comment below! 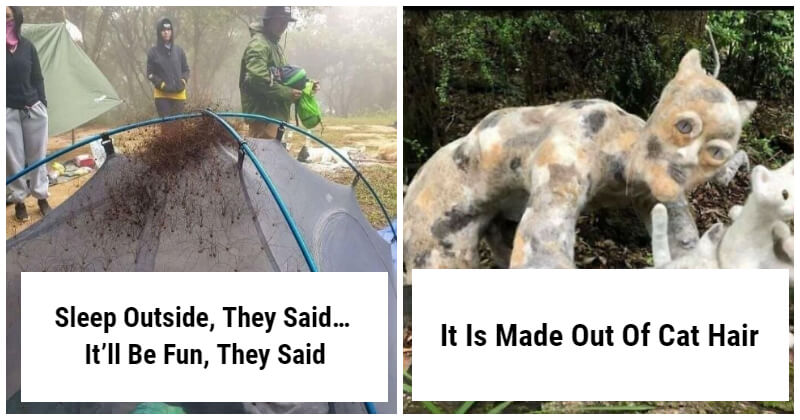 This one might not be for the weak of heart, so use caution. Imagine, though, if the word “disturbing” in… Can a sautéed frog leg, a grilled caterpillar, or a spoonful of roasted bugs tempt your taste buds? Or will… 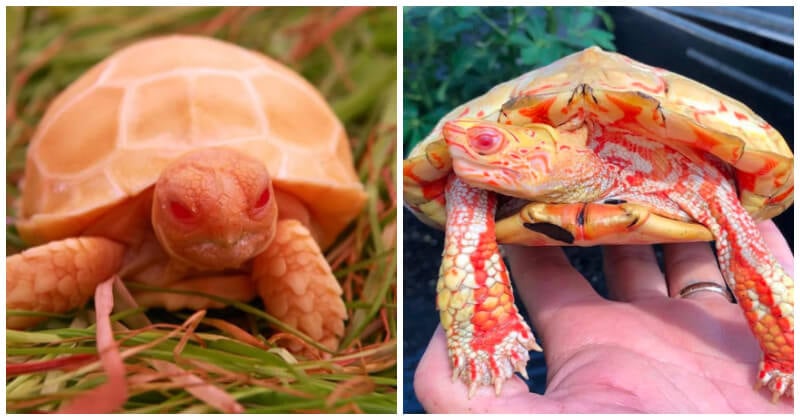